Background:
“The connection between warming temperatures and the cycle of Syrian violence is, by now, uncontroversial. As Secretary of State John Kerry said in Virginia, this month, “It’s not a coincidence that, immediately prior to the civil war in Syria, the country experienced its worst drought on record. As many as 1.5 million people migrated from Syria’s farms to its cities, intensifying the political unrest that was just beginning to roil and boil in the region.”

As Kerry went on to note, many factors contributed to Syria’s instability. The severe drought was one, but so were the repressive practices of a brutal dictator and the rise of a particular strain of religious extremism. Another big factor was the invasion of Iraq, a decade ago. And since that war—like so many before it—was inextricable from the West’s thirst for Iraqi oil (warming be damned), that fateful decision in turn became difficult to separate from climate change. ISIS, which has taken responsibility for the attacks in Paris, found fertile ground in this volatile context of too much oil and too little water.” ~ Naomi Klein

And Syria is but one example. 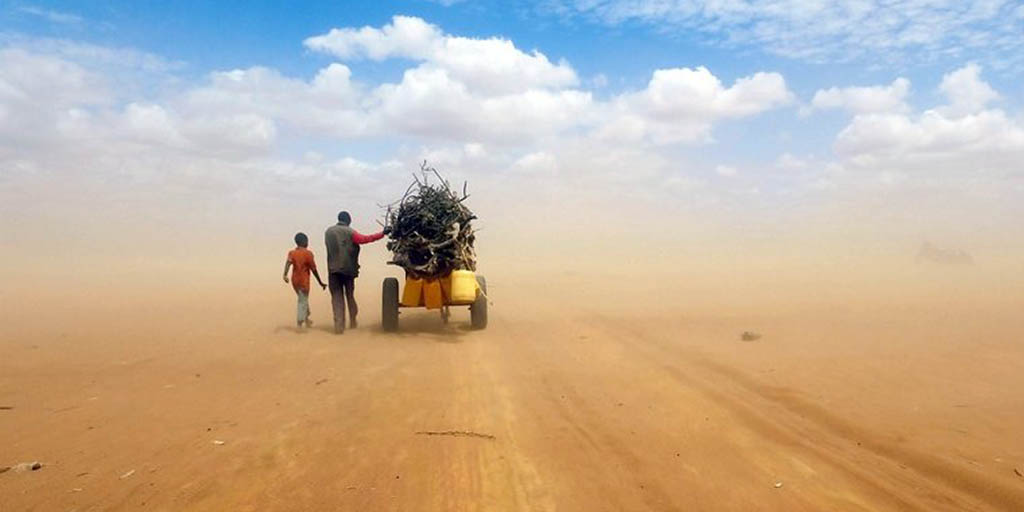