Life in the West Bank

Time: Friday, 14:00 – 16:00
Where: Banegården (Administration Building)
Presenter / Host: Yasser Al-Haj
Yasser talks about life in the West Bank, and about Karama which provides services for youth. Karama means Dignity in Arabic. The organization was established in 2002 as a non-governmental organisation situated in Deheishe Refugee Camp, Bethlehem in the West Bank. The organization works independently and is not affiliated with any political party or movement.

Yasser has accompanied children and young people from Karama at several summr camps at the Tvind schools.

Background:
Dheisheh camp was established in 1949, after the expulsion and flight of more than 750,000 Palestinians following the creation of the state of Israel. Those that fled to Dheisheh originated from 45 villages west of Jerusalem and Hebron, the descendants of whom comprise the 12,000 inhabitants of the camp today.

A resilient and active community, Dheisheh has a long history of struggle against oppression. Until the Israeli army’s withdrawal in 1995, the camp was surrounded with a high barbed-wire fence. Soldiers and violent confrontations filled the alleys, killing tens of residents, while hundreds were injured, imprisoned and disabled for life. During the peace process years, the worsening plight of refugees was largely ignored in the negotiation framework, bringing a sense of stagnation and desperation to the community.

Since the second Intifada (Palestinian uprising) began in September 2000, Dheisheh has been continuously besieged and invaded by the Israeli army, and losing a number of its residents in the violence.

Outline of workshop:
Presentation about life in a Palestinian refugee camp and the work of Karama.
Q & A session
Planning new activities – summer camp for Karama in Denmark? 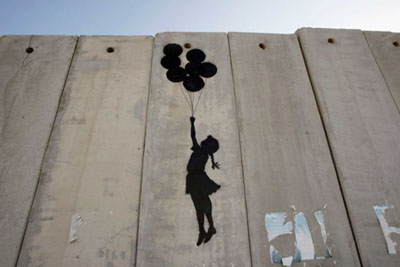