Background:
Since the end of Sri Lanka’s 26-year civil war in 2009 – a silent war continues in which thousands of Tamils, mostly Hindus and Christians, are still internally displaced and subject to military occupation and fierce discrimination by the predominantly Buddhist Sinhalese majority.

The conflict ended violently after the government’s bloody military offensive that led to the surrender of the LTTE (Liberation Tigers of Tamil Eelam) and left widespread destruction, the deaths of tens of thousands of civilians and the displacement of the entire population living in rebel-controlled territories.

Efforts by the United Nations High Commissioner for Human Rights to undertake a war crimes inquiry into violations of human rights, seizures of lands, and related crimes by both Sri Lankan state forces and Tamil separatist rebels have been blocked by the Sri Lankan government.

Outline of workshop:
Sugunan Markandu will speak about the situaion for Tamils in Sri Lanka. 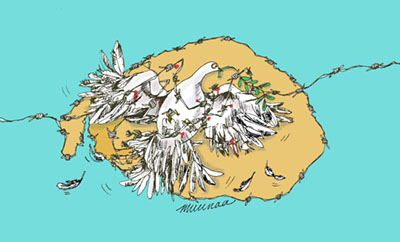